happiness: no longer just a luxury for retirement 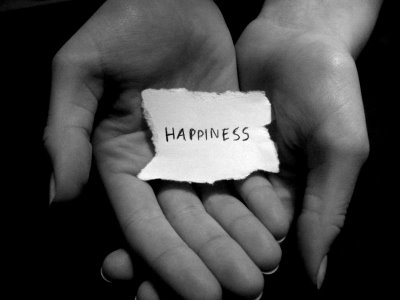 We’ve all seen or at least heard about it happening: the 45-55 year old dad,who starts sleeping with his secretary, buys a fancy car and starts up a random new hobby like entering the dog into shows or paragliding off the sides of cliffs. Through frequency this has become a normal matter of course and even has a label: the mid-life crisis. Over the years, it has also become an increasingly common occurrence for 25-35 year olds to suddenly and drastically change their lives and to label this time as a “quarter-life crisis”. It’s not such a surprise that people have mid-life or quarter life crises, especially when you consider the ways that we have previously been encouraged to live our lives.

Traditionally, people in western countries have been encouraged to live their lives to follow a fairly predictable pattern: education, higher-education, a career, marriage, a mortgage, children, retirement and then, the deathbed. Hopefully a peaceful passing takes place during a deep slumber, with minimal regrets to toil over beforehand. That being said, this pattern is usually interrupted, traditionally by the appearance of some hidden urge that refuses to lie low any longer.

I have a friend who had a highly stressful job at an IT company for 10 years, and then at the age of 32 she quit her job to teach English overseas. She is now 36 and pursuing her dream of teaching yoga in paradise (the islands of southern Thailand). Recently, we were talking about jobs and dreams and I asked her if in order to be happy she would choose to work really hard and be extremely stressed when she was younger (as she did), or later in life, or not have a stressful job at all. This was a rhetorical question as I thought the best answer was obvious, but she promptly answered ‘early in life so that I could relax when I’m older’. Confused, I asked her again, emphasising the last option. ‘Oh, I didn’t hear that option,’ she claimed. It would appear that she had gotten pretty used to justifying her choices.

We have been conditioned over a long period of time to be prepared to invest a period of our lives to hard and often unpleasant work, in order to progress towards an important goal. This goal may be to take care of a family, to gain a feeling of status and self-worth, or to save for a sweet and blissful retirement. All over the world this appears in different forms: people working for big organisations, performing boring tasks for average benefits; people who party outrageously hard on the weekends to make up for how caged up and uninspired they feel during the week; women in Thailand marrying foreign men in order to send bits of his money back home to their families; and Japan has one of the highest rates of suicides in the world mostly due to incredibly high work ethics and feelings of obligation towards family and society.

The problem facing most of us is that it is difficult to know what we really want and what the best choices to make would be. It’s a lot easier to do what everyone else is doing than to take a blind step in a new direction. It is undeniable that money can make an otherwise unbearable job appear to be a rather appealing and comfortable option. Many people I know have spent a lot longer in a job than they originally planned because it pays well and because of the possibility of promotion.

However, exploration is quickly moving up most people’s priority lists. Nowadays we are easily able to see what we are missing out on by using the Internet, watching television and speaking to others who have ventured out and done their own thing. It is easier to travel than ever before, and it is also not incredibly difficult to start up a business and pursue dreams. The internet has enabled us to make money and express ourselves in ways that were never before thought possible. You just need to have a good idea and some initiative, and the whole world can be your market.

It is also becoming a common rite of passage to travel during youth. The urge to move and experience things first hand is a feeling that is so overwhelming that even fear of the unknown cannot eclipse it. Through exploring and learning about different parts of the world, we learn about ourselves. We develop parts of our personality that were otherwise seemingly non-existent. We learn what we are passionate about and what inspires us. With it becoming common to learn and discover ourselves so young and develop the ability to listen to ourselves and what we need and want, it seems possible that the times of crises are coming to an end.