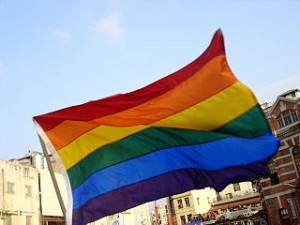 Earlier today the ACT became a lot more hip and happening when it became the first Australian state/territory to pass a bill that, if it doesn’t get overturned by the high court, could legalise same sex marriage! Very impressed, Canberra, very impressed.

This is awkward: Racist birthday party theme upsets everyone.

According to the wisdom of Miley Cyrus: ‘it’s our party we can do what we want,’ however, no one was happy with this young Australian woman’s ‘African themed’ 21st birthday party. Images from the 21-year-old’s party were posted to Facebook featuring all the ignorant racist stereotypes, from black-face, tribal savages in leopard print and even a Klu-Klux-Klan costume (Um…). When confronted, the woman refused to take the images down, defending her choice of theme, as not being offensive or culturally insensitive in any way.

Numerous private religious schools across the United States have openly discriminated against homosexual students by expelling them, purely on the basis of their sexuality. And apparently this is OK because, as religious institutions, these private schools have the legal right to uphold and enforce any faith-based beliefs they please. Not only have such schools been openly discriminating against homosexual students and getting away with it, they have also been receiving tax-payer funded assistance in the form of scholarships to help low-income students attend these schools. Uncool.

The Queensland State Government Police Minister, Jack Dempsey, has reportedly asked Corrective Services if incarcerated bikie gang members can wear pink prison uniforms rather than the regulation khaki. Because nothing will humiliate and punish men more than making them dress up like a big girl. Associating humiliation with femininity is highly misogynist, implying that being a woman is a horrible, horrible fate, further reinforcing sexist ideologies that place men/maleness/masculinity in a superior position to women/femaleness/femininity.