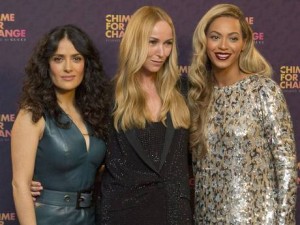 The Chime for Change campaign brought feminism to the centre stage in the UK on Saturday through the Sound of Change Live concert. Headlined by Beyoncé, the concert raised $4m to support approximately 200 projects in 70 countries, while raising awareness of maternal death, domestic violence, and female genital mutilation.

Facebook has finally updated their policy towards hate speech to clearly prohibit content that incites or promotes violence against women. A campaign headed by Women, Action & the Media, the Everyday Sexism Project, and activist Soraya Chemaly harnessed the power of social media to demand that Facebook ‘take concrete, effective action to end gender-based hate speech on its site’. Facebook announced the reforms a week after the campaign began. More than 60,000 tweets with the hashtag #FBrape were aimed at advertisers on Facebook as part of the campaign.

Sarah Poppy, 29, and Nona Stanley, 36, have lodged claims in the Federal Court in Adelaide alleging that they were both fired from the non-for-profit organisation Service to Youth Council while on maternity leave, in breach of the Fair Work Act 2009. Both women had their positions made redundant while on maternity leave. They are seeking an apology and compensation.