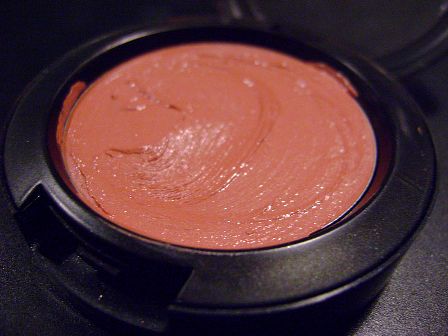 This post was first published on Zoya’s blog, The Coconut Chronicles, where she muses on the difficulties of toeing the line between two cultures as an Indian-Australian.

I’ll just put it out there – I’ve never been a big makeup fan. Not just for feminist reasons (and even then, my biggest issue is with hair removal, not lipstick), but because I honestly don’t understand how to use the stuff.

If you’re a woman in a western country, makeup is considered par for the course. In fact, in almost any society, there is a form of makeup that is customary for women to wear, whether it be kohl in India, or foundation in America.

From the age of around 14, you can start noticing it in classrooms, with teenage girls starting to pull out compact mirrors, and first experimenting with applying their own lipstick and eyeliner.

Makeup was never a big feature in my household. My mum didn’t wear it, there was never any around for her daughters to experiment with, and for various religious reasons, it was generally not discussed or allowed when we were younger. When we grew older, mum told us it was our decision whether or not we wanted to use the stuff, but by that point neither me nor my sisters were particularly interested.

I did go through a minor Gothic phase in high school that involved a lot of eyeliner, but that was about it for a long time.

However, when I started university, I became far more interested in my appearance, for better or for worse. This new-found interest was mostly manifested in my wardrobe, which became increasingly more sophisticated (or at least I hope it did), and in intricate nailpolish designs I would spend hours on. I kept wearing eyeliner, and eventually I started thinking about maybe trying other makeup.

I had awful acne when I was a teenager, and although my skin calmed down completely by the time I graduated high school, I always felt self conscious about my acne scars. I saw a couple of friends sporting flawless complexions through the use of foundation, and started wondering if maybe I should give it a go.

In retrospect, this was probably misguided anyway – foundation can be quite bad for the skin (depending on the type used), and my skin was so sensitive it probably would have made things worse.

Luckily, the decision was made for me by the sheer lack of products that catered to my skin tone.

I have numerous issues with the beauty industry, but the subtle racism of foundation and other makeup colours might be my biggest one. The shades available in the average makeup counter at David Jones or your local pharmacy usually stretch to three – ‘light’, ‘medium’ and ‘dark’. These are expressed through more inane labels of course, (try ‘sandstorm’, ‘honey velvet’ etc etc), but the fact remains that there is no shade that truly caters to the wide range of skin tones in our multicultural population.

I’ve had this argument with friends, and been told that the tones available reflect the majority of consumers in Australia, who just happen to be white. This, I don’t buy – the 2011 census stated that over a quarter of Australians (26%) were born overseas. Even if a large proportion of that percentage is accounted for by European, British or American migration,  it would be hard to argue that the population of Australians from subcontinental, Asian or African backgrounds is negligible.

There is clearly a market for makeup products that cater to a wider range of skin tones, but I don’t see that reflected in the shelves.  In fact, a basic Google search reveals that many Indian girls before me have struggled to find makeup to suit their skin tones, and appear to be fobbed off in most forums with platitudes like ‘Indians don’t need to wear makeup, you have such gorgeous skin anyway!’

I agree with that, but mostly because I think no woman ‘needs’ to wear makeup.

Perhaps this article is futile anyway, because my true stance on this issue is that the makeup industry is an unfortunate aspect of modern life that capitalises on our superficiality and insecurity.

But I do think it’s interesting that there hasn’t been an introduction of tones and colours that suit different ethnicities.

3 thoughts on “is makeup racist?”