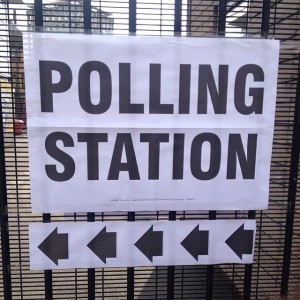 The federal election is now less than a month away, and in the past week or two, the issue of women’s participation in sport has managed to make its way onto the mainstream agenda. It appears that the two major parties are vying to demonstrate who is better committed to women’s sport.

With The Australian reporting that up to 30% of Australian women are still undecided voters, perceptions of the major parties’ treatment of women could prove important. That’s not to suggest that women’s sport is strictly a women’s issue, or even that it’ll make much of a difference in the minds of women voting in an election geared towards the economy. It’s just something to keep in mind when considering the subject.

Last week, Labor promised to give the ABC an extra $21 million over the next four years to fund over 500 hours of extra coverage, if elected. Labor communications spokesperson Jason Clare stressed that funding would go towards currently underrepresented competitions, such as the ICC Cricket Women’s World Cup and the AFC Women’s Asian Cup. This would ensure that the public broadcaster is not competing with commercial networks for coverage rights. ‘We are doing this because we believe that our women athletes deserve comparable coverage to our male athletes,’ Labor leader Bill Shorten said, noting that women’s sport makes up only 7% of coverage.

It comes after the Abbott government had previously cut the ABC’s budget by $250 million in 2014, which ‘forced’ the ABC to cut down its sport programming, scrapping the W-League and the Women’s National Basketball League. The necessity of funding to make reparations was visible at the announcement itself. A reporter asked Shorten to name the captains of our women’s hockey, cricket and netball teams. He correctly named Diamonds captain Laura Geitz, got Meg Lanning’s surname right but couldn’t recall Hockeyroos captain Madonna Blyth. Sure, the question was likely posed to catch Shorten out, but it makes a valid point. Our male sporting heroes, like cricket captain Steve Smith or your AFL legends like Buddy Franklin and Gary Ablett, are household names but have a think about the coverage of our sportswomen, and you can be left scratching your head. In the wake of this incident, the Huffington Post have created a quiz for you to test your knowledge of our women in sport. Do you know more than Bill Shorten? If you’re reading this, probably. I’m more than happy to use any excuse to brush up though.

The Liberal Party’s response to this announcement was scathing, claiming that giving a ‘handout’ to the ABC was not indicative of support for women’s sport. For the Liberals, the recent commercial network deals on netball and cricket are proof enough that their ‘Play. Sport. Australia.’ participation initiative working with commercial sporting organisations is benefitting elite sportswomen. To be fair, the Coalition have taken steps in improving the state of women’s sport, particularly since Malcolm Turnbull became Prime Minister.

In February, I reported on the Coalition’s promise to enforce gender neutral travel policies for sporting bodies, with the threat of having government funding cut if they did not comply. This was a victory for Australian women participating in elite sport, in the wake of numerous cases of women’s teams being provided with lesser travel allowances than their male counterparts. It shouldn’t matter either way but, in the cases of the women’s basketball and soccer teams, they were ranked higher in the world than men and yet were treated as amateurs. Of course, this won’t solve everything but at the very least the Coalition’s crackdown was an acknowledgement of the inequities that Australian sportswomen face.

In their response to Labor’s funding announcement, the Liberals also highlighted this year’s #GirlsMakeYourMove campaign, after research showed that teenage girls were only half as active as their male peers. The initiative involves promotional material encouraging women and girls to get involved in sport. Clearly, there’s a lot of rhetoric at the moment about encouraging women’s participation in physical activity and recognising that there is, in fact, structural imbalances that are holding women back from doing so.

It’s also important to remember that initiatives are not limited to federal politics. In an example at the state level, governmental health body VicHealth launched its Changing the Game initiative. VicHealth is working with sporting codes including AFL Victoria, Netball Victoria and Cycling Victoria to get what is hoped will be 25,000 women and girls involved in both competitive and informal physical activity.

Finally, the Greens’ platform aims to promote women’s sport, particularly the professionalisation of women’s leagues. As well as this, the Greens are also looking to discourage antisocial behaviour in sport that women, as well as racial minorities and the LGBTQIA community, are often on the receiving end of. This means that they’re very likely to be supportive of measures taken by either party post-election.

Ultimately, it appears that both major parties are taking pains to highlight their support of women’s sport in Australia, which is a win. We can only hope that it’s something that will stay on the agenda post-election.