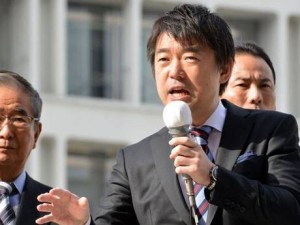 While researching for my earlier piece on rape during wartime, I kept coming across the Japanese military use of “comfort women” during the mid-20th century through World War II. I had never heard about this before, which prompted me to read further. Comfort women, or “ianfu,” a euphemism for “shofu,” meaning prostitute, were women and girls forced or coerced into organised military sex slavery by the Japanese military from the 1930s-1945.

Women and girls were often kidnapped or employed under false pretences in Japanese occupied areas of China, Korea and other parts of Asia, forced into military “comfort stations” (read: brothels) to serve the soldiers and personnel. Although the practise was initially taken up to reduce rape of civilians in Japanese occupied areas by members of the army, the women in comfort stations were forced to have sex with up to thirty-five men a day, undergoing multiple and continuous rapes and physical assaults. A significant portion of former comfort women have been left infertile as a result of sexually transmitted infections, successive forced abortions and rape. The Japanese government has since apologised and compensated women throughout Asia for this systematic sexual torture.

Recently, Toru Hashimoto, the mayor of Osaka and co-leader of the far-right Nationalist Japan Restoration Party, caused international controversy by stating that the comfort women system, the systematic abduction, coercion, rape and abuse of Asian women, was ‘necessary’ given the circumstances. According to Hashimoto, in wartime when ‘bullets are flying like rain and wind, the soldiers are running around at the risk of losing their lives. If you want them to have a rest in such a situation, a comfort women system is necessary. Anyone can understand that.’

Sorry, Toru, but I don’t understand that. In wartime women have been left alone to raise children without the support of their partners, living in fear as to whether they will return alive, or picking up the pieces when returned soldiers come home severely traumatized, both mentally and physically. Where is their ‘rest’? There is no ‘necessary’ “comfort man” system for lonely housewives or war widows. Women who are unfaithful to their military spouses while they are away on service are vilified the world over, yet men’s wartime infidelity is justified by hegemonic patriarchal thought in this context because women are treated as interchangeable objects for male usage. When Hashimoto claims that the state sanctioned use of military sex slavery was a justifiable and reasonable practice he is reproducing gendered notions that the male sex-drive is an active force, constituting a natural right of men, whereas women’s sexual desires can only ever be articulated in passive reaction to male sexuality.

Hashimoto argued further that Japan has been unfairly criticized for its past use of comfort women in light of the fact that other countries used similar systems.  For example, US troops continued the use of already established comfort stations in Korea after their victory in 1945. The abuse of women within the military by other officers, usually of higher rank, has been a topical issue in Australia recently that could also be compared to the Japanese war crimes committed against women. According to Hashimoto, Japan is being insulted by this exclusive scrutiny from around the world.

In light of this it is interesting to think how the broader motif of the kept woman also resonates through the Western cultural imaginary. In Charlotte Perkins Gilman’s The Yellow Wallpaper, we see a woman sent mad by her forced confinement by her husband, who claims she is unwell. In Jane Eyre, Rochester keeps his crazy first wife locked away in a tower somewhere. Just a few weeks ago, on the most disturbing and horrid episode of Mad Men yet, (SPOILER ALERT) Don Draper gets his Christian Grey on and imprisons his newest mistress, Sylvia, in a hotel room, not allowing her to even read a book while he is gone for days.

A radical feminist perspective of patriarchal culture and institutions such as marriage would attest that all women in direct relationships with men are, to some extent, the emotional, sexual and domestic slaves of those men. We are all kept by someone. We are all potential comfort women. Though I do not believe this is really the case, issues like this prompt us to question how women in our own culture are positioned and what the implications of Hashimoto’s comments may be in a Western context.