what makes a feminist film? 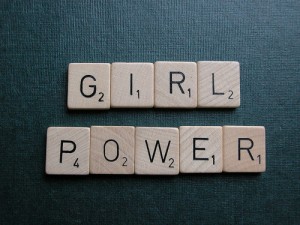 What makes a film feminist? It’s a question that has been asked many times, and many times wrongly answered. Some might think that a feminist film needs a strong woman, the type that takes charge and heads into battle with the same ferociousness as a male hero.

I believe we’ve come to realise that feminism in film is about far more than the presence of one kick-ass female to overcompensate for the lack of female presence elsewhere in a film. Women deserve all the variety and complexity of the roles given to men, which means that characters portrayed by women can be flawed, and not always in a safe, non-threatening way (looking at you, Disney): they can be evil, good, smart, stubborn, naive…anything, really.

Truly feminist representations of female characters are those for which being female is just one trait among many, and not the defining reason for the character’s presence in a film at all. Using that as a loose definition, here is a list of those that made the grade, and those that fell through.

Films that are surprisingly feminist

You would think Her had the highest potential of feminist disaster out there. After all, we’re starting with a robotic woman (Samantha) and a lonely male (Theodore). Need I say more?

But both critics and fans were pleasantly surprised when this film turned out to be one of the most feminist of the year. To begin, we see Theodore through Samantha’s eyes, a significant shift from Hollywood’s beloved male gaze. Some have argued that Samantha remains Theodore’s possession, but in the end, it is she who leaves, and she who is able to move to a level of consciousness and understanding that Theo cannot grasp. As has also been widely discussed, during the film’s most intimate scenes, the bodiless, formless Samantha explicitly challenges Hollywood’s dependency on superficiality regarding the female form.

If you have seen the film, then you know Wolf of Wall Street is rife with females that should not, under any circumstances, be considered role models for women. There are many scenes that include prostitutes being groped by men; female employees that partake in things such as shaving their head for 10k in order to afford breast implants; women having public sex or, most notably, fulfilling the trope of a trophy wife.

All that said, it would definitely be wrong in this case to confuse presentation with advocacy. What makes this film feminist is that the film itself views Jordan Belfort, the main character and financial enabler of all of the above, in a highly judgmental light. Scorsese perfects a film style that leads to condemnation from all audiences, and eventually fellow characters within the film’s reality, at Belfort’s behavior.

Belfort is the antithesis of a role model, one who is patronising and reliably unreliable, and the film deplores him. His misogyny is blatantly disgusting to all. If you didn’t catch that Scorsese was also equating Belfort to Wall Street, and the problem with overlooking their behavior, you need to rewatch the film.

It’s a children’s movie, yes, but as we know from Disney, kids’ films are incredibly influential on young minds. Which is why it was refreshing to see The Lego Movie’s Wyldstyle, played by Elizabeth Banks, take such an angsty-punk role. No, Wyldstyle is not the lead, but she is perhaps even more fleshed out than the main character.

Wyldstyle is strong, yes, but also vulnerable, stubborn, and at times naive and judgemental. She can also be brave, smart, and loyal, and for a LEGO, that is quite the list of attributes. She strays far from being a “perfect” female, but yet still acts as a hero. She also lacks what has made other women heroes acceptable in film, which is an excessive amount of strength, power, superficial beauty, or smarts in order to justify their presence.

This is not to say that all of Harry Potter nor even this film are anti-feminist; in fact, the storyline has many strongly defined female characters, including, but not limited to Prof. McGonagall, Bellatrix, Mrs. Weasley, and of course, Hermione (Ginny is bland and lacks depth, I’m sorry, for all those looking for her name).

But this particular film does fail the the Bechdel Test, with only a few female characters actually holding conversations with each other. Though not as strongly as some films mentioned below, the series does also cater slightly to the token female syndrome, with only one woman in the leading group of actors.

It hurts to admit, but there are only three named speaking roles for females in the original trilogy: Princess Leia, Aunt Beru, and Mon Mothma (a Rebel Alliance leader), and throughout the entire trilogy, none of these characters say one word to each other, again failing the Bechdel Test. Leia was obviously an empowered woman, as a member of the Imperial Senate who showed courage in the face of Darth Vader.

The Lord of the Rings Trilogy

We’re all fully aware LOTR is about men, men, and more men. The three, present, female characters are Arwen, Eowyn, and Galadriel, who never meet, much less function in a scene without the interaction of men. Eowyn is perhaps the most solely present of them all, defying the patriarchal system (which mainly consist of her own family) and succeeding in a battle where men have failed.

All in all, a few more female characters would have been an excellent addition, something that subsequent fantasy novels inspired by LOTR have taken to note. Game of Thrones, for example, has just as many female actors and influencers as males, and is a series you should read immediately or watch on DirecTV or HBO.

4 thoughts on “what makes a feminist film?”