white-washing in television: from silencing to stereotypes 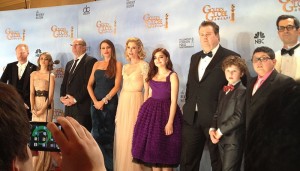 White washing throughout television is completely normalised to the point where audiences rarely question it. As a result, we are subconsciously digesting white supremacy. White supremacy is not necessarily always overtly expressed, as avid viewers of white washed television, we regularly intake and express white supremacy in more subtle ways.

Prominent shows like Game of Thrones, Modern Family, Breaking Bad, True Detective, House of Cards, you name it really, all have a white (usually male) protagonists alongside a cast made up mostly of white people. Of course there are counter arguments to this such as, ‘Oh but there’s that one Asian character in Firefly’, or ‘what about Mercedes in Glee?’, or ‘There’s a show with black people in it: it’s called The Cosby Show.’ To validate these arguments would be to suggest that People of Colour (PoC) should feel privileged to even have one character or minor characters (or even their own show!) representing them in mainstream television.

I am not saying the shows I’ve mentioned are bereft of any redeeming features, they all offer their own qualities to television audiences. However, this does not minimise the issue of the lack of PoC characters present in these shows. If we were to only watch shows that were balanced and diverse in gender and race, shows that consisted of fleshed out PoC characters with substantial story lines, as audiences we would be limited in our choices in what shows we could consume, and therein lies the problem.

White washing in television (and anywhere else for that matter) is problematic as it harmfully perpetuates the notion that white people are the only people that matter. In a society that has oppression of PoC deeply embedded in its history (and even today), white washing concocts a false illusion that race problems do not exist, that PoC do not face discrimination and that PoC do not need representing.

Another common problem is the misrepresentation of PoC characters by being cast into racial stereotypes. For example, the only WoC character on Parks & Recreation, Donna is portrayed as the stereotype woman of colour who is proud, loud and fierce. South Park stereotypes its only two black characters – Chef as a black man who has sex with white girls and Token as being the ‘token’ black character. Fez, who features as the foreign exchange student in That 70’s Show is consistently the victim to his white friends’ jokes. The Cleveland Show racially stereotypes black people, from the way they all supposedly love R&B music to the way they all supposedly dance.  These shows, created by white people (again, men mostly), use their PoC characters to play into existing racist stereotypes. White people laugh, possibly not even considering the negative impacts this has on our social stigma towards PoC.

The consistent white-washing throughout television is conditioning us to think white people can play any character: they can be the doctor, the villain, the survivor; however, when it comes to casting PoC, it seems writers and directors cannot grasp a PoC character being anything more than the stereotype box we have created for them.

7 thoughts on “white-washing in television: from silencing to stereotypes”