miss representation: how have women been portrayed in the media in 2013? 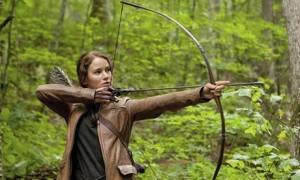 As 2013 draws to a close, activist organisation The Representation Project, looks back on the year that was in terms of the representation of women in the media. Whilst their focus was on American media, their message of gender discrimination is global.

In their video ‘How the Media Failed Women in 2013,’ the Representation Project points out that 2013 has been, in many ways, a big hit for the portrayal of women.  There has been strong ground made in film and TV, for instance. Movies like Gravity and The Hunger Games have been highly successful with their strong female protagonists. Meanwhile TV shows like Orange is the New Black continue to break new ground and receive accolades.

In terms of accolades for TV, there was a record number of women nominated for directing at this years Emmy awards. Meanwhile Kerry Washington was the first black lead actress nominee at the Emmys since 1994.

More generally in cinema, Sweden came into the spotlight for introducing the Bechdel test rating to overcome gender bias in films, requiring at least two named female characters to talk to each other about something other than a man.

Headway was also made in terms of female sport, with ESON airing ‘Nine for IX’ film series. There was also a shift in sport TV commercials, with Go Daddy committing to changing sexist advertising after complaints were made of their previous advertisements.

However, despite the continued progress being made to have a more inclusive and accurate representation of women in media, events of 2013 demonstrate that there still remains considerable work to be done.

The video highlights the continued sexualisation and objectification of women in advertising, pointing to ads for Fiat, Equinox and American Apparel just to name a few. A stand out was the infamous Ford advertisement  showing a cartoon of Paris Hilton with the Kardashian sisters hog-tied and gagged in the trunk of a car.

This is not to mention the continued influence of photo-shop as is used in women’s advertising, with the Youtube video showing a female model’s airbrush transformation going viral.

The Representation Project video also referred to the continued sexualisation of women in music and music videos. Here of course there was the charming Robin Thicke, whose song ‘Blurred Lines’ not only contains questionable undertones regarding sexual consent, but whom also seemed to escape his notorious performance with Miley Cyrus at this years VMAs relatively unscathed. Cyrus herself has been the subject of continued scrutiny since that performance.

Then we have the more general commentary of 2013, such as Rush Limbaugh who referred to Beyoncé saying ‘She married the rich guy, she now understands that it is now worth it to bow down’ (obviously having never Googled Beyoncé to see how much she is worth or what she stands for).

Unfortunately there was also some women on women nastiness, including Joan Rivers’ comments on Adele’s weight.

Whilst 2013 saw some gains made for women’s sport, there have also been some losses. A BBC presenter commented on tennis champion Marion Bartoli that ‘she is never going to be a looker’ (although he did later apologise). Meanwhile locally, Seven Mate has decided to go ahead with its decision to air the controversial Legends (formerly Lingerie) Football League, despite petitions to the contrary.

In terms of the civic and political arena, the Representation Project video shows a great kicker from a self-proclaimed Fox ‘expert’ asking women to pay more for health insurance, stating that they were a greater liability, due to risks of cancer in their breast, ovaries and uterus.

Democratic politician Wendy Davis was ridiculed by some members of the press as being ‘too stupid’ and an ‘abortion Barbie’, despite her extraordinary efforts to combat changes to legislation that would restrict access to abortion in Texas. Meanwhile, Hillary Clinton was subjected to a similar case of misogyny that was handed to Julia Gillard, when badges were distributed at a Republican convention referring to the KFC ‘Hillary Special’ of 2 fat thighs, 2 small breasts and a left wing.

Whilst disturbing, these displays of sexism and gender discrimination are unfortunately nothing new. It was in an effort to combat such issues that the 2011 Miss Representation film was created. Given its high acclaim, the film’s founder Jennifer Newsom formed the Representation Project. The Project uses film and media content – such as that collated for 2013 – to highlight the injustices against women in media and to shift people’s consciousness.

Because, at the end of the day, women and young girls deserve better. As Pat Mitchell President and CEO of Paley Center for Media points out ‘The media is the message and the messenger.’ Therefore, when women are repeatedly being objectified, sexualised, abused and berated on the basis of their sex, the media is sending a dangerous message.

So how do we overcome it? Increasing positive representation of female figures in media is a start. As actress Rosario Dawson states, ‘It is extremely important for women to be writing their own stories and giving them to people to be impacted by it.’

So in 2014, let us continue to show and praise positive representations of women, give women a voice in media and ultimately open up a dialogue that critically evaluates gender stereotypes. As Katie Couric  says, ‘ The media can be an instrument of change… it depends on who is piloting the plane.’

3 thoughts on “miss representation: how have women been portrayed in the media in 2013?”