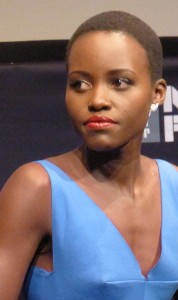 The fetishization of Lupita Nyong’o

Buzzfeed staff look at the language surrounding our obsession with Lupita Nyong’o in this thought-provoking article, investigating the line between admiration and objectification. Best quotes: ‘I’d argue that Hollywood — which is really just America with better makeup — doesn’t have a vocabulary for discussing black beauty in a way that doesn’t obsess over the exotic, the Other, the fucking sexy.’ And: ‘The thing is, people are good at compartmentalizing and not drawing a connection that the African-Americans they interact with in daily life could be as intelligent, articulate, and beautiful as Lupita. I think people make a clear distinction that she is this exotic, fetishized Other — and therefore not “black” like the rest of us.’ A great read that challenges how white people ‘appreciate’ Lupita’s beauty.

‘Made in Bangladesh’ – American Apparel and the commercialisation of tragedy

Bangladeshi writer Tanzila “Taz” Ahmed has penned an open letter to the now infamous American Apparel model “Maks”, questioning her role in a shoot that commercialises the fetishization of brown skin, and the commodification of recent tragedy in the Bangladeshi manufacturing industry. ‘What American Apparel is selling is sex, and in this case, by having “Made in Bangladesh” across your bare breasts, you are selling fetishized sex. One where the brown woman is objectified.’ Furthermore, ‘[American Apparel] are taking the death of thousands of people in Bangladesh as a marketing opportunity to sell their clothes in America.’

Known beacons of diversity (haha), SNL, have been served via open letter after a patronising and cringe-worthy skit about feminism involving a white woman in Latina drag. The author, Juliana, directs Lorne Michael’s attention to the radical concept of intersectional feminism, writing: ‘Here in the feminist blogosphere we have a saying, coined by Flavia Dzodan, that goes like this: “My feminism will be intersectional or it will be bullshit.” Here’s a version you might understand: My feminism will at the absolute minimum not be blatantly racist or it will be bullshit. And sir, your “feminism” is bullshit.’

Online retailer Betabrand received attention and praise this week for casting PhD candidates as models in their latest campaign. However, as Lola Okolosie writes for the Guardian, the move is hardly a bold choice as its underlying message is ‘women can be pretty and smart’. Okolosie writes: ‘Who gets to be the face of “real” women? It turns out, pretty much the same type of woman as before. You must be no more than a size 10, pretty, able-bodied, feminine-looking and young.’

Lily Allen IS a feminist

New study finds that access to contraception does not encourage ‘promiscuity’.

Sheryl Sandberg wants to ban the word ‘Bossy’ in an effort to encourage women’s leadership.

What’s been on your news radar this week, Lipsters? Anything we missed?
Share it with us in the comments!